Fake IDs join textbooks and shower caddies on the college packing list, find popularity regardless of legal and university consequences

Once a student receives their fake ID in the mail, they may not think twice about the supply chain that provided it. Behind the scenes, the Ohio Investigative Unit is tasked with finding and stopping the sellers of false identification documents.

The unit operates within Ohio, which means fake IDs that originate from websites overseas are out of its jurisdiction. In these instances, the OIU passes cases on to other agencies. In recent years though, the OIU has located and charged Ohio-based fake ID operations.

On Oct. 22, 2015, an employee at McMurray’s Pub in Springfield, Ohio, collected a few fake IDs and alerted authorities. Agents gathered the IDs, two of which appeared to be Ohio driver’s licenses.

On Oct. 27, 2015, agents interviewed a student at Wittenberg University who said he gave his friend money to purchase fake IDs off of Reddit. Agents explored the Reddit thread and found posts about a person who specializes in making fake Ohio IDs, allowing customers to pay via bitcoin and discretely mailing the IDs.

The seller, a vendor on Reddit, had the username “TedDanzigSR” and through a quick Google search, agents found a YouTube video demonstrating the quality of the fake IDs.

On Jan. 12, 2016, agents used a fictitious email address to purchase the first of many IDs throughout the investigation from the seller for 0.7704 Bitcoin — or $310 — according to the incident report. The order was also placed under a fictitious name and a covert address.

The fake Ohio driver’s license arrived taped between two baseball cards. Agents were not immediately able to determine a return address but narrowed the sender’s location down to the Toledo, Ohio, area through an IP address, according to the incident report.

The person behind TedDanzigSR, revealed as Mark Simon, was a postgraduate student at the University of Toledo. He had previously sold IDs on a dark web market called Silk Road before the site was shut down by the federal government in 2013. In 2014, he created a new website that could only be accessed through a certain browser, concealing an individual’s identity online, according to the incident report.

Agents gained access to TedDanzigSR’s Reddit records and monitored his posts, revealing both public and private messages. Among these messages were correspondence between TedDanzigSR and another fake ID vendor about manufacturing operations and the number of people each supplier employs.

﻿Getting a Fake ID Is Not What It Used to Be

The fake ID has been a staple of the American college experience for years, tempting many who grow frustrated after getting turned away at bars where their older friends get to drink to their heart’s content. The U.S. is one of only four countries that have advanced “21 or older” laws for purchasing alcohol. In most of the world, the legal drinking age is 18, and in some European countries, it’s as low as 16 years old.

If you’re a college student in the U.S., then the legal restriction can be especially frustrating. By the time you turn 21, you are just about in the middle of your undergraduate years, and by then, you have already been binge drinking at enough frat parties to make the prospect of legal drinking an afterthought. I mean, sure it’s cool to get a beer at dinner once you are finally of age, but going out and drinking with friends seems more alluring during those earlier years in school.

So if you really care about drinking before you are 21 years old, just go out to the store and pick up a fake, right? Of course it’s not that simple. In fact, the process of obtaining a fake ID has become simultaneously more complex and simple. It is more complex because the fake ID market has shifted dramatically in the past decade. You used to have to know a guy, who knew a guy, who could hook you up, but now there are sophisticated online markets available for people to get high-quality, fake duplicates.

There’s the deep web, for example, where those under 21 can use digital currency to anonymously purchase fake IDs from willing vendors—there are plenty to choose from—as a quick visit to Reddit’s “FakeID” subreddit will demonstrate.

In fact, there are several threads on the website that provide information about how to go about using the encrypted web service to get a good fake ID.

Word of mouth is still an effective way to get fakes in college, of course. They still operate online, for the most part, but if you are really interested in getting a fake before your 21st birthday, it is usually as easy as simply asking around. A friend of mine went this route, got some contact information from a friend, and all she had to do was send an email to a service provider, who required a cashier’s check (or cash) for payment, as well as a driver’s license-style headshot. Less than two weeks later, she had a fake in her mailbox.

Getting caught with a fake ID can mean trouble—let’s not understate that. You can be arrested, you can get charged with a misdemeanor, and in some states you can even be charged with a felony. If you are a first time offender, then you probably won’t go to jail, but you can still lose your license for a year or more. And as MTV reported, there are harsher consequences when you try to use a passport or an older friend’s ID (both of you can get in trouble in that case).

”Fakes aren’t as casual as your friends and even the media play them off to be,” MTV wrote. “They come with big risks and even bigger legal consequences if you’re caught. Know your state’s specific laws governing the use of fake IDs. You might need that info someday—though we hope you don’t.”

The teenager who is feeling bored and looking to sneak into bars or clubs, buying an illegal fake ID has become scarily easy.

Entire communities of individuals wanting to buy or sell fake IDs have sprung up online. Also, as a more hidden industry quietly existing on the deep web outside of teenagers’ curious Google searches. Fake ID vendors became so confident that they publicly promoted their products.

The Fake IDs subreddit may be a community within Reddit where people can share links, accounts of their experience, and knowledge about the acquisition and creation of illegal fake IDs. Surprisingly, this is not a replacement community soon to be stamped out by Reddit administrators.

For several online fake ID vendors, online feedback and reviews are essential and a transparent sign that they are not scammers. Surely, the fake ID Reddit features a thread on Ozzy Fake ID. And, therefore, the consensus is that the group is formed from scammers.

The most famous posts on the fake ID subreddit are valuable guides for looking to sneak into bars with a fake identity.

Another popular post may be a guide to the multitude of faux ID vendors online. However, a user named iOracle works for Novelty IDs expresses his regret that he ranks far down the list:

Many answers came in from another Reddit user. And even the opponent who was ranked above him, exploring why his products are rated superior:

The most upvoted post on the subreddit comes from a user who is 12-years-old who needs a fake ID to shop for an 18-rated Xbox game.

An inquiry for “Buy fake ID” on google.com shows the fake ID subreddit’s “Comprehensive  Vendor Guide” post because of the eighth result.

To see the code, people got to follow the fake ID seller’s Instagram account before it’s made personal. Therefore, the code is kept within a small number of individuals.

However, many people are using their private Instagram accounts to stay connected with surprisingly. And they are following the fake ID vendors. 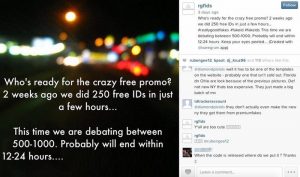 Their names and further employment details are often visible. Alongside the comments and queries are directing toward the sellers of illegal fake IDs.

But Instagram is not just wont to run promotions. Aware that the photo-sharing app is popular amongst teenagers. However, fabricated ID vendors with names like Anonymous IDs, Planet Fakes, often found profiles to advertise their products. An inquiry for the hashtag #fakeid using Instagram browser Iconosquare shows that over 20,000 photos and videos on the site are uploading with the hashtag.

Photos are annotating with emoji to face bent teenagers wanting to sneak into their local bars. 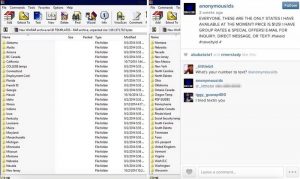 While there is much evidence that people are asking for business on Reddit and Instagram, are people buying anything?

In any case, many internet black markets are cramming with people selling things. They do not need it with no intention of ever delivering.

Because the Daily Dot reports, the deep web has many sites claiming to supply assassinations, but there is no evidence that anyone has ever been killed from a deep web “hit.”

But many of us online have confessed to buying fake IDs through vendors who operate publicly through Reddit and Instagram. One Australian man, chatting with The Herald, claims to possess a forged ID after following a link found on Reddit.

And on the favored Frat subreddit, two people claim to possess used Instagram to shop for fake ID:

However, the researchers at detox.net were using the best Fake ID Reddit to seek out a false ID seller. And they are proceeding more to get a bogus ID.

The cardboard itself arrived during a DHL document parcel. It hides inside the center page of an air conditioning instruction manual: 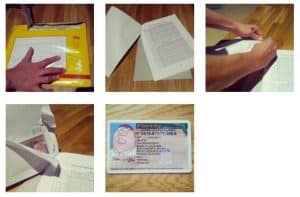 The delivered product was fake. And the bouncers they talked to informed them that it might not pass muster when trying to realize entry to a club.